Does your business need and executioner? 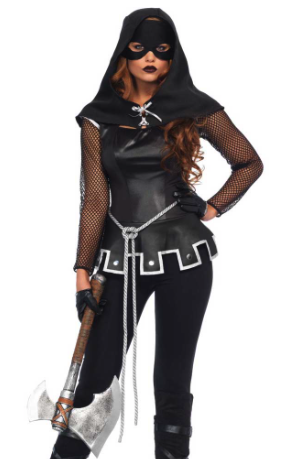 As a consultant to the ARM industry I have been privileged with looking into many law firms and agencies with a magnifying glass. This has provided many interesting things over the years but the one thing that continues to amaze me and drive my business is the lack of execution of new ideas or initiatives. The lack of a person dedicated not to putting out the daily fires that exist but someone task with executing the business of growth and improvements, the executioner.

Also what I have seen over and over again is the business has some solid ideas, often some of the same ones they pay me to provide but they do not know how to or do not have time to execute them. As I conduct my initial consultation with a firm the collection manager, owner or managing partner will tell me things they want to accomplish or things they have suggested to management that I feel are part of the solution but no one is listening because they are too busy with the daily tasks of the firm.

In fact the business of recommending business improvements is the easy part of my job as a consultant, getting someone to listen and move forward is the hard part. I have learned over the many years of consulting that it is really not consulting as much as it is executioning. I have become very adept at getting things done and getting hesitant management to step forward but it is a constant struggle and I often wonder why they resist improvements. But the improvements are not the problem it is the lack of time to execute and the fear of change.

Lets first discuss the fear of change as this is a common term but something rarely discussed in a business. In a recent consultation in Dallas I realized what was holding the company back was the fear of change and in fact the president was resisting all my suggestions and stating “ these are great ideas but we are too busy to execute them”. As I continued to explain that this is what is needed to move the company to the next level I got the same response “ We don’t have time”. The company had engaged me for a 4 month period to make process improvements in one of their more difficult departments and the President suggested I just go back down there and get started instead of telling him what was wrong with the company culture.

What he was missing was no matter how hard I worked to create stronger processes the company was still “stuck in time” and could not move forward until the culture changed. I then proceeded to tell the President that the best thing for me to do was just return his money and go home, that without an “executioner” the company had no chance to move forward whether it had better processes or not.

It took me another 3 hours to get the point across and when it was accepted the company was on the way to “heaven and beyond”.  It had found an executioner in me. It was clear that the current management could not take the company further due to fear of change. The President was afraid to move forward and possibly fail so he resisted change and improvements for years. It took and executioner to loop off his head to get him to see the forest in front of him.

So does your business have an executioner? Is there someone who is not task as a fireman but with growth and improvements? This a great task for an outside contractor because they are totally focused on the execution and are paid to get things accomplished only. If you try to use an internal employee as your executioner it is hard to do because management will inevitability have this person working as a fireman as soon as a big problem arises. The outside contractor is task with only one focus and will be less likely to be distracted by daily fires within the company and company political issues.

As an independent contractor he can call a spade a spade and not feel like he will lose face in the company down the line and an executioner must be focused only on the execution and not constrained by company politics.

Does your company need an executioner? Or are you too afraid of change to move your company into the heavens and beyond?